I Call It Migraine - what do you think it should be called?

I Call It Migraine - what do you think it should be called?

Personally I can not stand the UK term 'condition' - a condition implies something you can get over - migraine in my eyes is a disease - what do you think?

First, let me say that there is a wide variety of terminology, even among migraine specialists, doctors, researchers and advocates. I’m not going to claim that I’m right and they’re wrong. And I think that we need room for a little grace when it comes to terminology, especially because the world is changing so fast and so many people are involved in the fight against migraine. So this is not a rant against you who haven’t said things exactly "right".


First of all, there’s a disease known as migraine. Usually when I talk about someone having migraine, I’m referring to someone who regularly has those attacks that we all know and love.

Some advocates capitalize the word Migraine (like that), to emphasize the fact that it is a disease. I, on the other hand, usually don’t. The normal system is to capitalize when the disease is named after someone (Hodgkin’s disease) and not to capitalize when it’s not (cancer). Because migraine is a disease, I choose to follow the same rules as any disease.

So if you hear me talking about someone who has migraine, I don’t mean that they’re feeling sick at the moment. I just mean they’re one of those people that are prone to have migraine attacks.

So the second term would be migraine attack. Since I usually use the word migraine for the disease, I prefer to use the term migraine attacks for those times when migraine manifests itself as a headache or aura or whatever.

This may sound odd to some people – the common thing to say would be "I have a migraine". But I like differentiating between the disease and a specific attack, and I think this is usually a good way to do it. But let’s be kind – if you want to use migraine as a short form for migraine attack, I would hope no one would get too upset.

For the same reason, I won’t often use the word migraines (plural).

Well, what about migraine headache? I do occasionally use this term (see here, for example). Migraine headache is a symptom of migraine. You could also say migraine nausea, migraine aura, etc.

I had a weather related migraine attack recently, and my whole body just shut down. It was not just a headache.

I’ve also had migraine attacks with no headache at all.

So my advice is – use the term migraine headache with extreme caution.

People who have migraine or migraine disease or chronic migraine can be called migraineurs. That’s just a short way to describe people who regularly get migraine attacks.
Who cares?!

Words do make a difference. Migraine is, after all, not just a headache. There really are people who have biological and genetic differences in their bodies, who are prone to migraine attacks. It’s not just something everyone gets if they’re not coping well. There is a disease that is known as migraine that as of yet does not have a cure.

I agree that terminology does matter and that migraine is a disease. In general conversation I just say "migraine" to indicate the disease and "migraine attack" to indicate that I am actually experiencing the symptoms of migraine disease. When explaining migraine I prefer to differentiate it from infectious disease, so I call it a "neurological disorder". I say "I have a migraine headache" if only my head hurts. I say "I have a full-body migraine" to indicate that I am experiencing a host of migraine symptoms in addition to a headache. I don't know that "full-body migraine" is a real medical term, but I made it up to help explain how I feel. I don't use the term "condition" as I think its implications are too broad. A condition can be good or bad - healthy or unhealthy. A migraine is definitely bad and unhealthy. At this moment it is 4:30am and I have a mild migraine headache. I should try to go back to sleep or I will end up with a full blown full-body migraine. G'night! :)

I can understand how hard it is to discribe what we should call everything. I have "pain" all the time. I have a "head-ache" right now. But when I have a pre-"migraine" blowout and I am going blind from it it's an "episode" to my family and friends. Or when my body is too far gone I've "GONE NUCLEAR" I try to find ways to explain to those "non migrainers" how I am feeling to get them to understand. And sometimes I have a migraine just doesn't cut it. 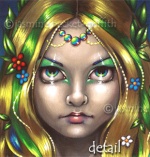 I did a little asking around, and the consensus of those I asked seems to be that a disease is something that can be cured or has the potential to be cured with advances in medicine.
The consensus on syndromes is that they are "conditions that just are". In other words, there is no specific cause and the condition remains relatively stable. Treatment may alleviate the symptoms, but not the underlying cause(s). There was also some agreement that individual symptoms related to a syndrome could be found in anyone at some time and be of no concern. It's only when the symptoms all come together and are not transitory that it becomes a syndrome.


However when we started to discus specific conditions the was widespread disagreement on which were diseases and which were syndromes. When it came to migraines, all agreed that it wasn't a disease, and while it seemed to fit their definition of a syndrome, the majority didn't think it was a suitable term for migraines. Some much for humans being rational.


Not very scientific I know, but if one want the "the masses" to understand, you either have to educate them or use terminology they already understand. For this reason I prefer not to describe migraine as a disease.


If I look at two other disorders I have (Asperger's and Raynaud's), both of which are labelled syndromes, then for me, syndrome is more appropriate. Actually in the case of Raynaud's it's also termed a disease and a phenomenon. So I would be happy to use the term syndrome or phenomenon for migraines. So will I use either of those terms? probably not. The consensus was I should say something along the lines of "I have a disorder where I have frequent severe migraine attacks". A bit wordy I know, but I will probably use it until something better comes along.
_________________
"I didn't mind getting old when I was young. It's the being old now that's getting to me." - John Scalzi Old Man's War, 2005

Who is online?
In total there are 3 users online :: 0 Registered, 0 Hidden and 3 Guests