I thought I had already done this...

I thought I had already done this...

...but apparently not! Hello everyone, I'm caroline, and I am now classed as officially 40 something (harrumph! Forever around 23 in my mind!), from Cambridgeshire. I was utterly convinced I had written out an introduction when I joined the forum last year, but I think I must have hallucinated that part...Not the first time that's happened!

I have suffered from 'strange headaches' pretty much since my mid 20's, I suppose, but was only formally diagnosed with HM at the very end of 2010 - up to that point, I was convinced I was going mad, having had doctors telling me that there was nothing wrong with me, as HM doesn't show up on a scan...It came as somewhat of a relief to find that there WAS something wrong, even though it sounds like a scary and terrifying something! I seem to be getting off quite lightly compared to some of you, my heart goes out to you guys. My own symptoms are not terribly easy to describe to anyone who has not 'been there', but I'm guessing a lot of you will be nodding sagely! I have the headache without pain thing on occasion (you can imagine the looks describing THAT gets me...), mostly I have an underlying constant headache that I have pretty much gotten used to now, but can get a second headache on top of that that knocks me socks off. If I sneeze, it brings me to my knees, quite literally - it's like a bomb going off in my head - and the same if I have to strain for anything (not getting too graphic here, I think you know what I mean...). My doctor has tried me on most things, and currently, we are on Topiramate twice daily. I think it's still a fairly low dosage, but I'm not loving the side effects too much, gotta say.

The HM when it hits badly currently affects my speech and mobility, the last 2 attacks have left me walking with a stick for 2 weeks afterwards, as my right foot seems to forget how to work in conjunction with the rest of my body, it's a most peculiar sensation. However, we are still discovering new and delightful side effects each time I have an attack, so watch this space. I am trying hard to retain my sense of humour about it, god knows it's hard sometimes!

So...That's a little waffly potted history of bentalls so far! 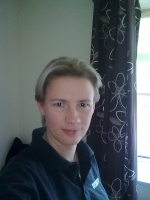 I am sorry you have HM - but as you say its nice once you get that confirmation that something is wrong - I lost count of the times I saw a doc in my 20's for them to take blood and do scans to tell me nothing was wrong! Now I am chronic and its too late.......... but hey ho

How many days are you getting now per month? has the topamax helped at all? When it works it seems to work great, but so many get the horrid side effects with it - so you are not lone there.

I can't even begin to tell you how many scans I must have had over the years...

I can go for a couple of months without an attack, but then be in a constant state of migraine for 3 months, it's so unpredictable. Luckily, my work are very understanding (so far!)

The topamax seemed to help initially, but I don't know if I have just got used to it or whatever, it seems to be less effective now. My doctor doubled the dose just before Christmas, and it hasn't had a noticeable effect as of yet. The side effects are pretty awful, it's difficult to know whether it's actually worth it when there doesn't seem to be any noticeable difference! My friends and my partner are all keeping a close eye out for the depressive tendencies, so that's good

hmm they are sneeky these HM attacks

- the step up may take a little while to build in your system, so its worth giving it a few more months, if the side effects stay at a level you can cope with.

I am soooooo pleased to read you have people watching for the depression - I got it bad and even though you know its the drug, it is so hard to sort yourself out... a good partner is worth their weight in gold with this.....

Hi and thanks for sharing your story