I love being able to help people, sometimes it can be much more rewarding simply due to circumstances and I had one of those today.

About 5 weeks ago I saw an 8 year old boy who had been diagnosed with hemiplegic migraines. His symptoms were REALLY bad. He would get an aura and within 10 minutes his body wold pretty much shut down.

His parents were obviously very worried about him and took him to the hospital. Several consultation later with paediatricians and neurologists he was given his diagnosis and given migraleve as an abortive medication and a preventative medication as well. They couldn't remember the name of it but it was pretty much knock out medication. He'd be asleep 15 minutes after taking it

He was missing 4 out of 5 days of school because of his headaches.

What works in his favour is he's so young and has not had pain for so long. We did treatment for him (controlled the intensity with which he clenches his jaw whilst he sleeps) and we've gotten him pain free in 5 weeks. Well, 5 weeks was the review point, he was actually pain free in a couple of days!

To be able to help someone so young is satisfying

I make no attempts to hide the fact I run a business, but I'm also here to help and you can all pick my brains (pun fully intended) anytime you want

This community is awesome and what Tee does to help and encourage sufferers is a breath of fresh air.

I know I keep saying this but the app IS nearly ready!! I'm having it downloaded to my phone to beta test and will keep you all informed

Have a great evening everyone!

That is an amazing story. I wish that where I live doctors took migraines seriously and would go above and beyond to help sufferers find out why they suffer, how to control them, and possibly how to prevent them. 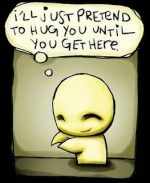